Chokos also known as chayotes, are members of the Cucurbitaceae family and related to cucumbers, pumpkins, squash and melons.  December is the time to plant chokos in Sydney’s temperate climate. They are easy to grow and in Sydney’s hot conditions the prolific vines can produce heavy crops of this versatile fruit. Choko is high in vitamin C and folate and other trace elements.

Choko plants are perennial but die back in winter and the tuber will sprout again in spring. They grow best in hot conditions and are frost tender so chose a site that gets full sun to plant your chokos.

Also allow for plenty of space for the vine to occupy as it will be quite vigorous as it grows.

As the vines are heavy when producing fruit plant them against a trellis or a wire fence, or a fence with chicken wire along it, that the plant can scramble over and stong enough to support the weight of the vine.

Here is a vine growing over a chook house wire mesh run. It has been planted to give the chickens shade on hot days. Two chokos were planted in early spring and are already scrambling over the roof.

Chokos prefer rich, drained soil so dig over the site to a depth of 20 cm and dig in well rotted compost and aged manure about a month before in preparation for planting .

The choko, as a fruiting plant, prefer a slightly acidic e soil with a  pH of 6.0 to 6.8. So, test the soil and amend accordingly by incorporating lime or dolomite if the soil is too acidic to raise the the ph and calcium and magnesium available to the plants or adding more compost if the soil is too alkaline.

The easiest way to propogate choko is from a fruit that has sprouted. Just leave a choko in a cool spot in the house till it sprouts. Below is picture of the chokos sprouting after a few weeks.

To plant, dig a hole about 10cm deep alongside the support on which it will grow and put the fruit upright into the soil with the top third of the fruit exposed and with the sprouting vine upwards. This will prevent the choko from rotting.

Keep the soil evenly moist during growth and do not allow it to dry out. Mulch at a distance of 5 cm from the planted choko to conserve moisture, preventing evaporation.

As the plant grows the tendrils will hold the growing stem in place on the wire support or trellis that it is grown against.

Dig in some well rotted compost after a couple of months to feed the plant.

In Sydney flowers will form around the end of March, about 4 months after planting.

Fruit will soon form and the plant will keep producing for about 6 months till the weather cools. Keep harvesting the fruit as it matures to keep the vine vigorous and to promote more flowering and fruiting. 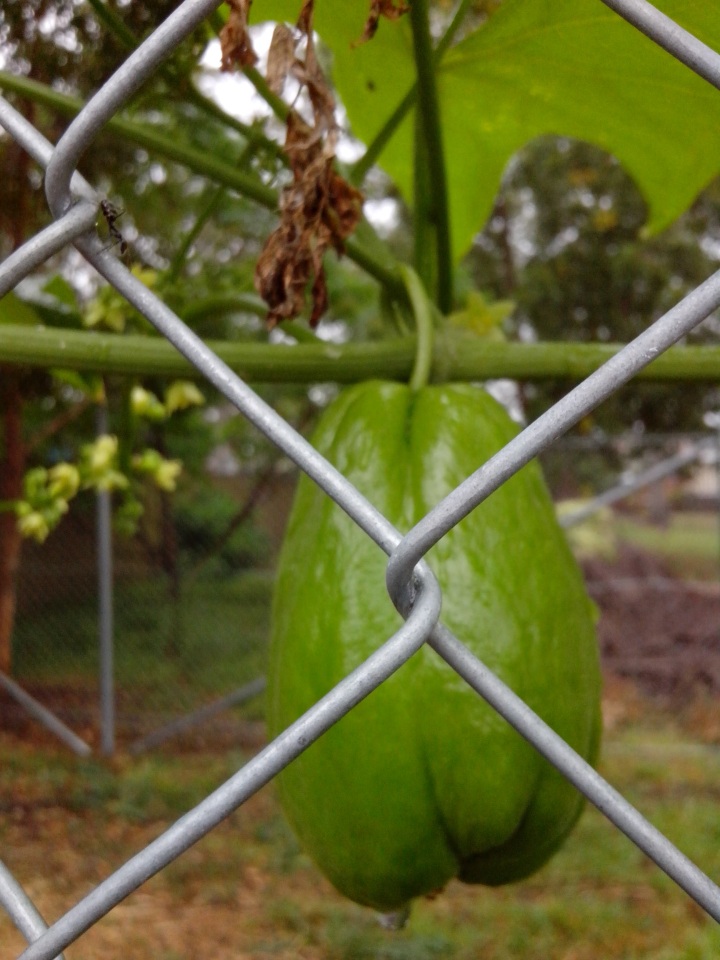 The chokos will start maturing from about 17 weeks from planting.

If left till they are large they need to be peeled using gloves to protect from the sticky sap under the skin.  Picking them small avoids all this extra effort. 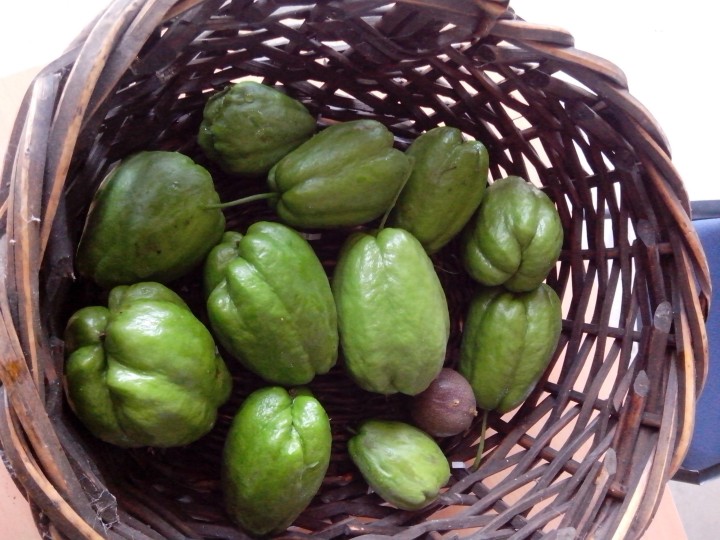 The chokos can be stored in the refrigerator for at least 4 weeks, wrapped in paper towel and then in breathable plastic vegetable storage bags.

All parts of the plant are edible and even the starchy tuber can be eaten like a potato when you remove the plant or  after a the plant has aged and needs replacement after 5 years or so. Leaves can be steamed or eaten raw.

The choko fruit itself can be cooked in any way, baked, boiled, stir fried, or pickled. In Taiwan the plant is grown for its shoots. It can also be eaten raw in salads marinaded in lime or lemon juice. 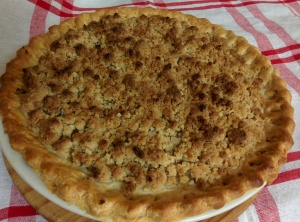 2 thoughts on “Growing Chokos or Chayotes”